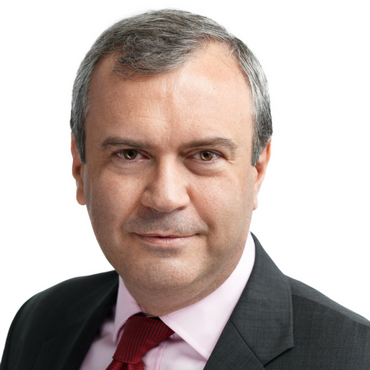 Emanuele Bona graduated with a degree in Economics from the University of Turin. In 1993 he began his career as a commercial assistant and marketing manager for Burgo Group, the largest paper producer in Italy. He joined CEPIPRINT in 1999 and worked as Director of Market Research & Development in Zurich before moving to Brussels in 2002 to become Director General of the same association. In 2012, after the merger of CEPIPRINT and CEPIFINE into EURO-GRAPH, Emanuele took on the title of Director General of the newly formed European Association of Graphic Paper Producers. In June 2005, Emanuele also took on the position of Vice President, Europe at the Pulp and Paper Products Council (PPPC) where he currently manages a variety of services provided to PPPC’s European-based members. Emanuele has been a member of the Board of PRIMA, the Paper & Related Industries Marketing Association, between 2005 and 2016, for which he served as Chairman between 2007 and 2011 and member of the Executive Committee until 2016.